My Petit-Chara! Dark Kingdom figure set arrived the other day. As they’re so cute and special I wanted to share some photos with you all.

The Dark Kingdom has always been my favourite arch of Sailor Moon and the Shitennou my favourite villains! I loved the ZoisitexKunzite relationship in the 90s anime and those two will always have a special place in my heart as they were also my very first OTP.

Anyways, here’s the photos! As with everything Japanese, even the box is beautiful! 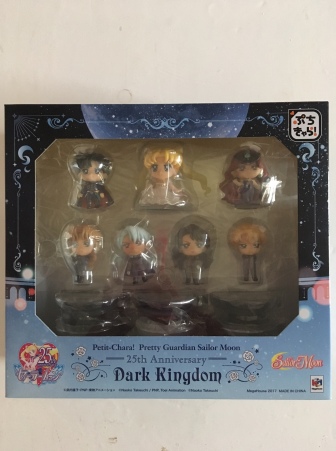 END_OF_DOCUMENT_TOKEN_TO_BE_REPLACED

“Amberly County would be a great place to live if it weren’t for this stupid curse.”
Jake Nichols, televised interview, “Peculiar People and Places.” WYOY TV, May 28, 1979.

The tale of John Barker’s Hunt has been handed down for generations in Amberly County. Stories about the Hunt are mostly told around campfires, but there are some who claim it to be true. According to the old timers, the county is cursed, and once every generation the ghost of John Barker returns to hunt down the person who killed him. Oddly enough, roughly every 20 years the county does suffer a cluster of bizarre deaths.

Nineteen years have passed since the last Hunt, but the citizens of the quiet town of Miltonville are too absorbed in their own problems to take notice. Cindy Swift is preoccupied with her upcoming suicide; Troy Ivers is worrying about the midnight ceremony he plans to hold in a rural cemetery; and Leslie Vickers is very concerned that the mannequin down the hall wants to kill her.

Ed Philips is the one person in Amberly County who is aware that trouble is about to arrive. It approaches in the form of a phantom, walking in the body of a dead man. Ed knows the real story behind the legend of the Hunt, but has spent most of his life denying the truth. Now, with the fate of a young woman in his hands, he must decide whether to continue feeding his demons of cowardice and regret, or face them head on, and attempt to put an end to John Barker’s Hunt.

Amberly County’s residents have told the story of John Barker and his hunt for generations, each passing down the tale around campfires. But for some it isn’t just an old story but a real curse upon the county. And the strange deaths that occur every few decades do leave people wondering if there is some truth to the old tales.

I really wanted to enjoy this story. The synopsis was great and I was looking forward to a read full of suspense, fear and unexpected twists in the tale. To be honest I just found it very confusing. There were too many characters and none of them were very likable or stood out from the rest. There were times when I just wanted to give up as following the story was almost impossible. I persevered hoping that things would start to make more sense as the story progressed but this wasn’t the case. I ended the book feeling so disappointed. Deanne Devine is a good writer and has some great ideas, but there were too many characters and the constant switching of locations and between characters just created confusion. For me this was a disappointing and frustrating read.

Adam is dead, but that’s not his only problem. His husband, Wade, is still alive and sleeping with losers. His guardian angel, Guy, has grown fond of the liquor cabinet. And Adam suspects his demise was the result of foul play.

Meanwhile, in the depths of the Afterlife, the devil forces Adam to put on a play for the sinners. If he fails to entertain them, Guy’s parents will spend eternity in the Underworld.

As he gambles with the freedom of the damned angels, Adam comes to terms with infidelity, friendship, and the reason why he was the victim of a double murder.