Today I’m pleased to introduce author Heidi Angell as my very first guest poster! Heidi is celebrating her birthday today with Bookish Goodness! Please join me in wishing her a very Happy Birthday and check it out! 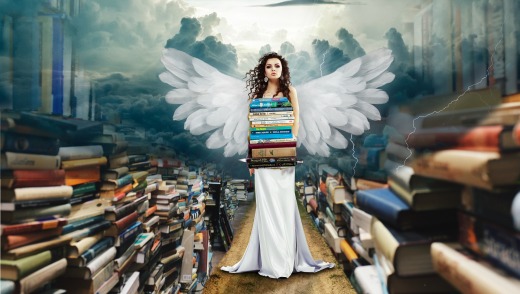 An Angell’s Life of Bookish Goodness is Coming!

For almost five years, I have been running An Angell’s Life blog where I did author interviews, book reviews, character spotlights, poetry, and book announcements. During that time, I have expanded to offer extra awesome bookish content on Facebook, Twitter, Booktube, Bookstagram, and Goodreads.

END_OF_DOCUMENT_TOKEN_TO_BE_REPLACED

Venus and her sister planet concludes their 3,000 year cycle. Stargazers amass to witness this once-in-a-lifetime event, but not Mark, his life is about to change.

Mark’s chance encounter with the cold but intangibly-carnal Kiko sets him plummeting into free-fall. Kim, his emphatic but emotionally-charged wife moonlights with a shadowy organisation whose intentions are far from transparent. She needs to blame someone for the disappearance of their daughter twenty years ago. No solace is offered by her egocentric therapist who’s engrossed in his own agenda.

Plagued by visions, Mark struggles to maintain his grip on reality and descends into a vividly-violent web of darkness. As Mark’s world spirals beyond his control, it’s quite possible this cycle will not end smoothly.

Marked follows a family who are dealing with the unsolved disappearance of their daughter 20 years ago. As the story unfolds the planet Venus and her sister conclude a 3,000 year cycle and this is woven into the plot.

To be honest I didn’t really enjoy this book. It started off well, explaining the events that led to Mark and Kim’s daughter’s disappearance and then how they both dealt with the loss in their different ways. After this it seemed to get lost somehow. I found that the plot wasn’t really making sense and nor were the characters actions. I’m not too sure how the Venus cycle fitted in at all either. It was just too confusing and I ended up reading it twice to try and make sense of it all, but to no avail. Overall this made for a frustrating read so I can only give it 2 stars.