New Era was featured as one of author Briony Rose Smith’s top 5 books of 2019 and as a prize she made this awesome animated version of the cover! Thanks so much Briony!

Please check out Briony’s website and novels at https://www.brionyrosesmith.co.uk/.

In the movies, Thundertown was depicted like a real town, with boundaries, Folk-run businesses, and a government. In real life, Thundertown was a block here or there, three businesses on the same side of the street, an unconnected sewer main, or a single abandoned building.

When an epidemic of missing person cases is on the rise, the police refuse to act. Instead, Alex Delatorre goes to Thundertown for answers and finds clues leading to a new Lord trying to unite the population.

No one has seen the Lord, and the closer Alex gets to him, the farther Alex gets from his path home.

END_OF_DOCUMENT_TOKEN_TO_BE_REPLACED

I hope everyone had a brilliant new year!

I thought I would take this time to share with you what I have planned writing-wise for 2020.

Book 3 is still in the drafting stages and whilst I’m unsure if it will be released next year, it is at the top of my priorities list to get finished. I’m super excited about the direction book 3 is taking and cannot wait to share it with you all!

I have been working on a prequel to Demon’s Blood which will cover the early years of Taku and Thane’s relationship, including how they first met. I’m loving writing this as late 1800s Japan is such an interesting period to write about!

This novel has literally been in my drafts for over ten years! It was the first novel I ever wrote for NaNoWriMo but for various reasons its never made it any further than drafts until now. I cannot wait to restart working on this and plan to during the latter half of 2020.

As with last year I have read so many great books in 2019 and am so grateful to every author who gave me the opportunity to discover and love their work. Here is a selection of my favourites from 2019 and I wish everyone a very Happy New Year!

END_OF_DOCUMENT_TOKEN_TO_BE_REPLACED

Running from a scandal that ruined his life, Isaac Twain accepts a teaching position at Hambden University where, three months prior, Professor John Conlon stopped a campus nightmare by stepping in front of an active shooter.

When John and Isaac become faculty advisors for the school’s literary magazine, their professional relationship evolves. Despite the strict code of conduct forbidding faculty fraternization, they delve into a secret affair—until Simon arrives.

Isaac’s violent ex threatens not only their careers, but also John’s life. His PTSD triggered, John must come to terms with that bloody day on College Green while Isaac must accept the heartbreak his secrets have wrought.

We Still Live is the story of two university professors who are both struggling with traumatic pasts. Isaac is fleeing his hometown and the scandal that his divorce left behind and John is suffering from PTS due to confronting an active shooter at the university. The two of them make a connection and embark on an affair that could not only cost them their jobs but their lives as well.

I was divided as how to rate this novel. There were some parts I liked and some I didn’t. I liked the premise and the issues that the novel dealt with. It was hard-hitting in places and brutally honest as it needed to be. All the characters rallied together well to support each other and even in the darkest moments there was hope for a better future for all of them.

However I do feel that the relationship between Isaac and John could have been better developed. For me it fell flat in places and it got on my nerves how many times Isaac reiterated that John was not his normal type. It only needed to be stated once, possibly twice, then it should have moved on from that point. I think a lot of people have fallen for someone who they wouldn’t normally, but the constant making of that point really was needless. Also the professional relationships they had with their students bordered on unprofessional. They acted like the students ages themselves in places and also in front of them. There needed to be further boundaries in place there to make this more realistic.

We Still Live is very well-written and touches some difficult subjects in a sensitive way but whilst being honest and not shying away from the aftermath of these events. I enjoyed reading it but for me there were a few things that could have been better so I can only rate it 3 stars. 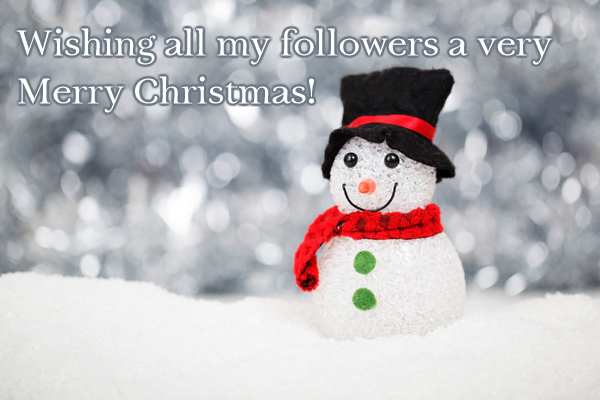 As its Christmas week I have chosen a Christmas song for this week’s Music Monday! I’ll admit I am not a big Christmas song fan generally but Hurry Xmas by L’Arc~en~Ciel is just so fun you can’t not like it! Do check it out!