Their ocean journey was successful, and Andrew and Edmund found an Elder just in time. As they wished, Edmund is now a vampire like Andrew. They have eternity together, but first, they must visit Edmund’s ailing mother in the English countryside with their flock of immortals, including the Elder, who has taken an ominous liking to his new creation.

When they arrive at Edmund’s family estate, his sick mother and her loathsome best friend await them. While ducking religious curses, Edmund struggles to harness an unexpected power gifted him by the Elder. Andrew fears for his beloved as Edmund becomes more and more monstrous—but vampires have always been monsters, haven’t they?

A battle is coming, for Edmund’s heart and his soul, and Andrew will lose neither. He escaped island exile and a near tragedy at sea to be with Edmund, the beautiful young sailor he loves. Andrew will do anything to keep Edmund by his side, but his most dangerous adversary may be Edmund himself.

END_OF_DOCUMENT_TOKEN_TO_BE_REPLACED

At the Cemetery Gates: Year One

by John Brhel and Joseph Sullivan

A young woman sees an approaching figure in her time-lapse photo project. A small town’s strange illness seems to stem from the local cemetery. Two boys make a grim discovery about death and decay when they sneak into a funeral parlor. AT THE CEMETERY GATES: YEAR ONE is an entertaining and eerie short story collection for fans of the strange, macabre, and supernatural.

Goodreads: At the Cemetery Gates: Year One by John Brhel and Joseph Sullivan

At The Cemetery Gates: Year One is a collection of short stories. I love reading horror shorts and this collection did not disappoint. They are very well-written and each very different with their own twists and chills.

It was hard for me to pick favourites as I enjoyed reading them all so much but stand-out ones for me were:

A Dark and Desolate Reoccurrence – seeking shelter from a deadly snowstorm, husband and wife Teddy and Margo inadvertently stumble upon a haunted cabin. Trapped until the storm is over they soon realise that surviving the night is the least of their worries.

A Tale of Palpable Violence – a couple on an isolated road are disturbed by reports of killers on the loose, but their fears are not what you might expect!

An Epistle from the Dead – grieving wife Regina discovers a diary written by her late-husband. Giving into temptation she reads it and learns more about him than perhaps she wanted to know. I don’t want to say too much about this one and risk giving away the brilliant twist at the end!

At the Cemetery Gates: Year One is a dark, quick read that I recommend horror lovers checking out!

Series: A New World, Book One

A little blue world, the third planet from the sun. It’s home to seven billion people—with all manner of faiths, beliefs, and customs, divided by bigotry and misunderstanding—who will soon be told they are not alone in the universe. Anyone watching from the outside would pass by this fractured and tumultuous world, unless they had no other choice. Todd Landon is one of these people, living and working in a section of the world called the United States of America. His life is similar to those around him: home, family, work, friends, and a husband.

On the cusp of the greatest announcement humankind has ever witnessed, Todd’s personal world is thrown into turmoil when his estranged brother shows up on his front porch with news of ships heading for Earth’s orbit. The ships are holding the Nentraee, a humanoid race who have come to Earth in need of help after fleeing the destruction of their homeworld. How will one man bridge the gap for both the Humans and Nentraee, amongst mistrust, terrorist attacks, and personal loss? Will this be the start of a new age of man or will bigotry and miscommunication bring this small world to its knees and final end?

END_OF_DOCUMENT_TOKEN_TO_BE_REPLACED 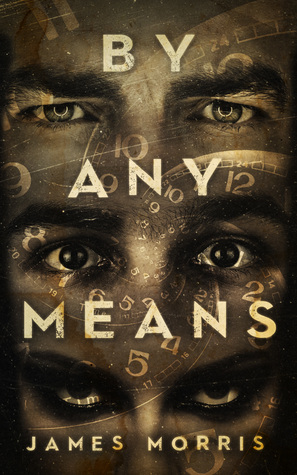 How Far Would You Go To Save Your Son?

Lucas Turner is an ordinary teenager with an extraordinary genetic mutation: the cure for cancer rests in his body. When his father discovers that the only way to harvest the cure will result in the death of his son, he kidnaps him from the hospital, setting off a calamity of events from which there is no turning back.

Meanwhile, the doctor, intent on a cure at any cost, hires a female bounty hunter to bring the boy back by any means. She’s never failed before and doesn’t intend to fail now.

While on the run, the estranged father and son build a relationship on the road that brings them closer to the mistakes of the past and the consequences of the future. By Any Means is a literary thriller, and at its core is about a relationship between a father and son against all odds. The remedy, after all, may be less about science and more the human heart.

END_OF_DOCUMENT_TOKEN_TO_BE_REPLACED

Spring, 2024: Two spirit hordes break through from another dimension, and make half the world’s population vanish. The spirits possess the survivors, dividing them into two groups: those who fight to retain their humanity, and marauders who destroy everything in their paths.

Artist Livi DeSilva is fleeing from possessed killers when she meets Conor McLain, a man suffering from amnesia. Outnumbered and outgunned, Livi and Conor team up and fight off homicidal lunatics and ruthless gangs, only to end up cornered by their deadliest foe: billionaire Victor van Danz, a psychopath who commands the new world’s dark forces. Victor craves immortality, and kidnaps Livi. He believes that when he kills Livi in front of her collection of canvases and absorbs her life energy, he will transform into a god.

With only Conor, two amazing dogs, and a band of plucky children to aid her, Livi must harness the power of the spirits inside her and use it to defeat Victor — or die in the clutches of a madman.

When a mysterious event causes half of the world’s population to vanish and others to become violent due to delusions, artist Livi DeSilva goes on the run with her dog Beauty. Suddenly gifted with the ability to communicate with each other, Livi and Beauty meet Connor and his dog T-Rex as well as a group of orphaned children. Then Livi finds herself the target of power-crazed billionaire Victor van Danz who believes that Livi is the key him achieving immortality.

I really enjoyed reading A Mighty Rolling Thunder. It’s a very well-written novel with immensely likeable main characters and supporting cast. I loved how Livi and Connor could communicate with their dogs. I would love to be able to have that ability with my cat! And that they could deepened the already close bond between them. The villain Victor van Danz was chilling to read. The conclusions that he had come to that were feeding his own power trip and ego were clearly the thoughts of a mad man, but he found them completely logical and acted on them without a thought or care for the consequences.

The mystery behind the disappearances of the population was never fully explained but that added to the read as you were left to make up your own minds. I really like reads like that, which allow you to draw your own conclusions.
I definitely recommend this novel as once you pick up A Mighty Rolling Thunder you won’t want to put it down.

Sakuma has served as a Valkyrie for centuries, smoothly escorting thousands of souls to the grand halls of Valhalla. While the world tears itself apart during WWII, he is summoned to retrieve the soul of a fallen Japanese soldier, Ishii Hiroshi. To Sakuma’s surprise, Ishii refuses his invitation to eternity.

The two meet again and again as the war repeatedly sends Ishii to death’s door, and what should have been a fleeting encounter becomes something much greater for the both of them.

Sakuma is determined to give Ishii the reward he so deserves, but Ishii’s stubbornness may condemn him to an eternity outside Valhalla.