Today I’m super excited as the second novel in my Perfect World series is released on Amazon Kindle! It’s taken a little longer than planned to get published but hopefully it’s worth the wait 🙂 You can download it from Amazon.com here.

Eric Rawlins is a broken man. Still reeling from the L.S.A’s betrayal and then the death of his lover, Eric is struggling with his new responsibilities in north London. When a proposition from the Government heightens the stakes, Eric very quickly finds himself faced with a choice that could change the destiny of the entire country.

Eric knows that he has to step up and become the hero that those closest to him are convinced that he can be, but a deadly confrontation with the L.S.A’s new special agent leaves his belief in tatters.

Meanwhile, unknown to Eric, Adam awakens to once again find himself a pawn in Ivan Williams’ play for power. 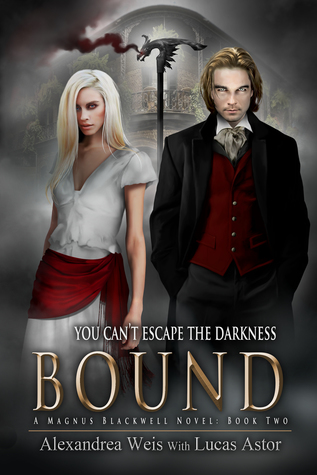 Magnus Blackwell’s past is about to catch up with him.

An evil force has seized New Orleans. Pestilence, suffering, and darkness cloak the city. The citizens are scared and need their mambo to guide them, but Lexie Arden can’t help anyone. A diabolical presence has taken Lexie’s power and severed her ties with the other side.

Magnus Blackwell is fighting demons of his own. Torn between his devotion to Lexie and a spirit from his past, Magnus’s loyalty is put to the test. He must revisit his sins to uncover the key to the hatred ripping the city apart. If he doesn’t, Lexie’s reign as mambo will end.

Their search for answers leads them deep into the darker realms of voodoo—until a desperate Lexie does the unthinkable, and Magnus can do nothing to spare her from her fate.

This week I’m taking part in the Shabby Sunday meme started by Mischenko of ReadRantRock&Roll and credit also goes to her for the banner above.

My chosen book for this week’s is Silver Brumbies of the South by Elyne Mitchell.

If you loved horses growing up the chances are you’ve come across this wonderful series by Australian author, Elyne Mitchell. The series follows the adventures of silver brumby Thowra and his descendants living wild in the Australia outback. The most well known book in the series is the first one, The Silver Brumby, but the others in the series are equally as amazing but sadly don’t seem to get as much love. With this in mind I decided to choose the third book in the series for Shabby Sunday.

In Silver Brumbies of the South, Thowra takes his son Lightning and grandson Baringa south so that they can start to form their own herds away from the threat of capture by man.

The story main follows yearling Baringa but the other characters feature prominently as well. Unlike Lightning, Baringa has inherited the fleetness of foot, stealth and wisdom of Thowra, and being younger must use these skills to keep himself and his mate Dawn safe from other stallions, and also Lightning who wants Dawn for his own herd.

Silver Brumbies of the South is one of my favourite books in the series. I immediately fell in love with the characters and the rich descriptiveness of the outback and all the other animals living in it. I loved the gentleness to Baringa’s nature and that despite the growing rivalry between himself and Lightning he still cared for the older colt enough to help him when he was pursued by another stallion.

Re-reading this book instantly took me to a happy and nostalgic place, but what struck me most was the timelessness in the tale. It’s a series that will certainly delight many more generations to come and I recently leaned that it is now available on Kindle too. I have fond memories of days before internet shopping was widespread of searching

second hand book shops and car boot sales for all the novels in the Silver Brumby series. Over a year I did find them all apart from the first one in the series, which purely by chance happened to be then re-released (Collins Modern Classics edition). As you can see from the photos my copy of Silver Brumbies of the South is a very old edition and at the time it only cost 30p!

I’m sure you can tell this book is much loved and, as with the entire series, has a treasured place on my bookshelf. 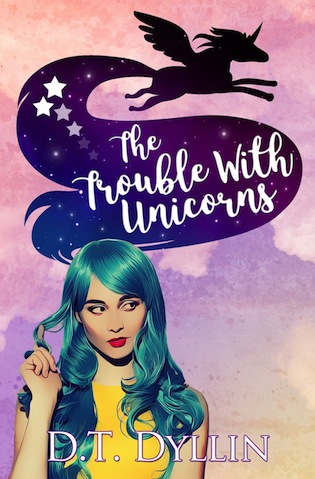 Talia White does what comes naturally to a unicorn: Balances the scales between light and dark with hefty doses of love and joy.

Faced with a string of high profile demon possessions, Talia is determined to do her job, despite the fact that she finds herself strapped with a brooding dragon warrior as her new guardian.

That’s the trouble with unicorns … they’ll accomplish their goal one way or another, even if they have to get a little stabby to do it.

END_OF_DOCUMENT_TOKEN_TO_BE_REPLACED

The year is 2038. Earth’s biosphere is on the brink of destruction from the effects of

global warming and pollution. The World Energy Council has awarded a lucrative contract to a major US corporation to mine a precious ore discovered by the first manned mission to land on Mars.  One kilo of Micromium can power a large city for a year without environmental side effects.  A few grains of the ore can fuel a car for a year or longer.  Micromium promises to provide clean energy to a thirsty planet far into the future.

When two people die in a mining accident on Mars, the World Energy Council sends Commander Logan Marchant and a crack team of astronaut specialists to investigate.

Confronted with a lack of cooperation from the mining colonists, the investigation is further complicated by Logan’s growing attraction to the team’s beautiful and brainy geologist.  While tensions and tempers rise, Logan and the audit team make one shocking discovery after another, until the investigation leads them into mortal danger, and ultimately, to a surprising conclusion.