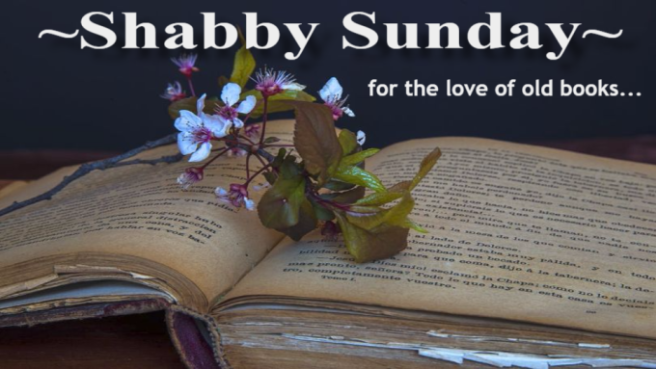 This week I’m taking part in the Shabby Sunday meme started by Mischenko of ReadRantRock&Roll and credit also goes to her for the banner above.

My chosen book for this week’s is Silver Brumbies of the South by Elyne Mitchell.

If you loved horses growing up the chances are you’ve come across this wonderful series by Australian author, Elyne Mitchell. The series follows the adventures of silver brumby Thowra and his descendants living wild in the Australia outback. The most well known book in the series is the first one, The Silver Brumby, but the others in the series are equally as amazing but sadly don’t seem to get as much love. With this in mind I decided to choose the third book in the series for Shabby Sunday.

In Silver Brumbies of the South, Thowra takes his son Lightning and grandson Baringa south so that they can start to form their own herds away from the threat of capture by man.

The story main follows yearling Baringa but the other characters feature prominently as well. Unlike Lightning, Baringa has inherited the fleetness of foot, stealth and wisdom of Thowra, and being younger must use these skills to keep himself and his mate Dawn safe from other stallions, and also Lightning who wants Dawn for his own herd.

Silver Brumbies of the South is one of my favourite books in the series. I immediately fell in love with the characters and the rich descriptiveness of the outback and all the other animals living in it. I loved the gentleness to Baringa’s nature and that despite the growing rivalry between himself and Lightning he still cared for the older colt enough to help him when he was pursued by another stallion.

Re-reading this book instantly took me to a happy and nostalgic place, but what struck me most was the timelessness in the tale. It’s a series that will certainly delight many more generations to come and I recently leaned that it is now available on Kindle too. I have fond memories of days before internet shopping was widespread of searching

second hand book shops and car boot sales for all the novels in the Silver Brumby series. Over a year I did find them all apart from the first one in the series, which purely by chance happened to be then re-released (Collins Modern Classics edition). As you can see from the photos my copy of Silver Brumbies of the South is a very old edition and at the time it only cost 30p!

I’m sure you can tell this book is much loved and, as with the entire series, has a treasured place on my bookshelf.

2 thoughts on “Shabby Sunday: Silver Brumbies of the South by Elyne Mitchell”