I’ve had a lot more time for reading this year and have been able to read 40 books and clear the majority of my review queue which is great! I have read so many great novels in 2020 and have listed below the standout ones for me. I recommend you checking them out! 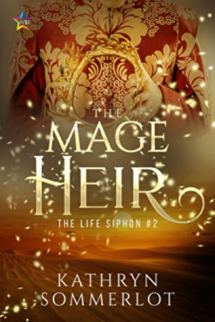 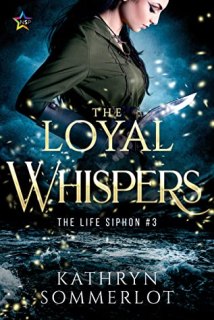 The Mage Heir (The Life Siphon #2)

The Loyal Whispers (The Life Siphon #3)

The Gemini Connection by Teri Polen

Born to Liberty (Light from Aphelion #3) by Martine Carlsson 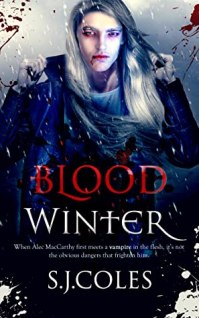 Vampires are attempting to integrate into human society. When Alec MacCarthy first meets a ‘haemophile’ in the flesh, it’s not the obvious dangers that frighten him.

Alec MacCarthy, Lord of Aviemore and largely-forgotten descendent of a once-proud family line, keeps the wolf from the door of the crumbling family mansion by restoring classic cars.

He leaves the real world alone and wishes nothing more than for it to return the favor. But in a reality where haemophiles—still colloquially known as vampires, despite the publicity campaigns—have come out of hiding and are attempting to integrate into human society, the real world is rapidly becoming a disrupted and conflicted mess that threatens to trouble even Alec in his remote Scottish hideaway.

When he unwittingly attends a Blood Party to please a friend, he has his first meeting with one of these mysterious and dangerous beings. Terje is like nothing he has ever encountered before…literally. His reactions are as troublesome as they are undeniable.

Alec’s snap decision to help the haemophile rather than sample his sense-heightening and addictive blood sets them both on a path that will lead them into a tangled web of intrigue with consequences that will change their lives—and the world—forever.

Reclusive Alec MacCarthy, the Lord of Aviemore and last of his family line has no interest in the world outside his father’s mansion home. He passes the time by restoring classic cars in a distant kind of existence rather than actually living a life, and Alec likes it that way. Outside his Scottish highland home haemophiles – vampires – are now known to the world and are doing their best to co-exist in human society. However resistance on both sides inevitably leads to bloodshed. When Alec is tricked into attending a blood party, he finds himself inexplicably drawn to captive haemophile Terje. In a moment Alec’s well-intended actions set in motion a sequence of events that no one could have predicted and will have consequences that will effect and change the entire world.

Blood Winter is one of the best vampire novels that I have read in a long time. It is everything that a novel in its genre should be. Dark. Gritty. Bloody.

Alec’s character is brooding and lonely and he has all but given up on living a real life. Then he meets Terje and slowly you see him come alive through the pages as his initial fear both of what Terje is and their connection morphs into true feelings and a romance that is both dark and touching at the same time. On the surface, Terje is mysterious and dangerous, but underneath there is a tenderness to him and an ability to feel just as deeply as any human. Together the two characters complement their individual personalities and the connection between them is undeniable.

The world-building has been carefully crafted and planned, adding in a balance between detail and mystery that leaves me hoping for the possibility of a sequel. Both sides, human and haemophile, clash constantly and are both to some degree at fault, but the conclusion leaves hope for a positive future outcome.

If you like dark, realistic vampire-human romances then I cannot recommend Blood Winter enough!

Twenty authors, twenty gods, twenty stories that will chill, thrill and kill you. The Gods of the Pantheon present their first anthology of Halloween stories, the time for Samhain draws near…

Olympus Confidential: the Deep Wild by CJ Landry
Hera has been kidnapped! For four terrified teenage Gods and Goddesses, it is a race against the clock to find their mother. But to get her back, they must face and conquer their greatest enemy – themselves. Can they accomplish their feats and find Hera in time, or will the Queen of the Gods be lost forever?

Reliving the Nightmare by Moxie Malone
Moxie, the forgotten goddess, defies her mothers to pursue her heart’s desire. Her single-minded stubbornness leads innocent lovers into danger when nightgoyles break free from Tartarus at the apex of Samhain. These vicious creatures, with an appetite for human flesh, are on the hunt and they are hungry.

Sacrifice to the Dark Elves by Jeanette Rose
Eros, God of Love and Sex, along with Dionysus, God of Wine, throw an epic rave in Olympus National Park for Halloween. A party to end all. Yet, nothing is as it seems. Samhain is a night steeped in mystery, the veil between worlds at its thinnest, and someone is reaching out.

Thanatos and the House at the End of the World by Marc Tizura
Thanatos, God of Death, has left the Pantheon. Broken after the second world war, he has taken to exploring alternate worlds. He comes across one of a barren landscape and a lone structure. The dead cry out to him from the depths of the decrepit Victorian house, their souls held hostage by a demon child.

A Soul for a Soul by Rashmi P. Menon
A dark shadow has descended on Artemis’ beloved Olympus National Park. When the sinister shadow starts reaping the souls of the mortals visiting the Park, Artemis sets out on a quest with her hunting partner, Orion, and the God of Death, Thanatos. Racing against time, Artemis must unravel the mystery of the dark shadow and retrieve the lost souls before it consumes them forever.

Darkness Falls by Jennifer Morton
Something from another dimension is using Samhain to try to slip through the veil. Can Medusa stop the rising darkness before it consumes her and swallows the light forever?

The Weaver by Alice Callisto
Clio, the Muse of History, working on an archaeological dig in Egypt, is alerted to the sudden and unexplained disappearances of some mortal employees, along with strange echoing voices with no apparent source. Clio investigates, determined to stop these occurrences, but finds herself face-to-face with a monster.

A Piece of Cake by Amber Albright
Atë, Goddess of Mischief and Ruin, doesn’t believe in warning signs. So, the sign on the ancient ruin declaring “Dangers Contained Within” doesn’t concern her. She’s on a mission to cheer up her sister by baking her a cake. What she doesn’t expect? A demon appearing determined to drag her off to hell.

Mermaid’s Tale By Nikki Crump-Hansted
Nike is having one of those days. “Working here is easy,” he said. “We’ve never had any problems.” Well, Uncle Poseidon lied. Tending his newly remodeled bar and grill at The Mermaid’s Tale was supposed to be a breeze – until it’s not. Follow Nike in her what else could possibly go wrong adventure.

Immortal Fears comprises twenty short scary stories featuring the Greek Gods and Goddesses in the modern day. Each faces battles against monsters, demons, and perhaps the most terrifying of all themselves.

I thoroughly enjoyed reading this anthology collection. Each tale was terrifying and unique with its own twists and turns which made for compelling reading. I love stories showcasing the Greek Gods and Goddesses and Immortal Fears did not disappoint. It also high-lighted some of the lesser known gods which I really liked. The stories were fast paced and drew me from the beginning and I kept turning the page to see what happened next. I recommend Immortal Fears to horror and mythology fans.

Will and Ram have survived everything JM Coil could throw at them – and everything they could do to themselves.

But now, Serial Investigations London face their first Christmas apart in years. Will’s in rehab and Ram is stuck at home, wishing his favourite person in the world was by his side – and wondering how he can keep a roof over their heads with no money coming in.

Join the boys for a Christmas interlude in this novella, set between the events of Blood Sport and Blood Diamond. With no crimes or cases, get to know them – and their feelings for each other – a bit better before jumping back into the action.

Haven’t read Blood Sport yet? This book contains spoiler for books 1 – 5 in the Serial Investigations series. Make sure you catch up before you dive in!

After the events of Blood Sport, Will and Ram are now faced with being apart at Christmas. With both of them having acknowledged their feelings for the other, it is especially hard and despite the separation they try to find a way to let the other know that they are still thinking of them.

Blood on Poinsettia is a very sweet and touching novella set in the Serial Investigations universe. It focuses mainly on the fallout from Blood Sport. Whilst it does not include an investigation, it builds on the character development of Will and Ram as well as the relationship between them. The result is a very heart-warming and moving read. I just love these guys so much. They both have their own inner demons and struggles that they are doing their best to overcome, not just for themselves now but each other too.

I loved how the other was constantly in their thoughts and the ending was poignant and with hope for the future between them. If you enjoyed the Serial Investigations books then you will love this addition to the series!

Yaneera is the youngest Empress in the history of Andara. With her land in turmoil, she must use her wit and cunning just to stay alive. Severe drought has brought with it famine, starvation and death. As her people waver on the verge of open rebellion, Yaneera must deliver them or perish at their hand.

As chaos erupts across the land a stranger appears in the Empress’ court. Preaching the presence of a new God, Mythos, the newcomer promises deliverance for Yaneera and her people.

Mythos power is not without price, and Yaneera soon finds herself facing a crisis of conscience. . .

Will she sell her soul to save her people?

Goodreads: When the Gods War

Yaneera, the young Empress of Andara, faces a dilemma. With drought, starvation and death ravaging her Kingdom, she must choose between aligning herself with a stranger who brings promise of salvation or risk a rebellion of her own citizens. With neighbouring Kingdoms’ seeking to turn Andara’s crisis into their opportunity, no matter what Yaneera does war will be an inevitable outcome.

When The Gods War surprised me when I first started reading it. I expected it to pick up with the characters from book one but instead I was drawn into the struggles of Andara and its empress. The author’s world is incredibly in-depth and developed. A lot of time is taken to set each scene and explain the Kingdoms that have been created. I really felt for Yaneera and the crisis that she was facing. Her choices were impossible and all she really wanted was to do the best for her people.

As much as I enjoyed reading the second book from different perspectives, I was also happy to see more from Tristan, Syrion and Elaina. The latter two characters have their own storylines which unfold alongside the main theme of the novel. Both characters continue to develop and I look forward to reading more about them in future instalments of the series.

If you enjoy a rich, well-crafted fantasy novel with an interesting and complex array of characters then I recommend When the Gods War!