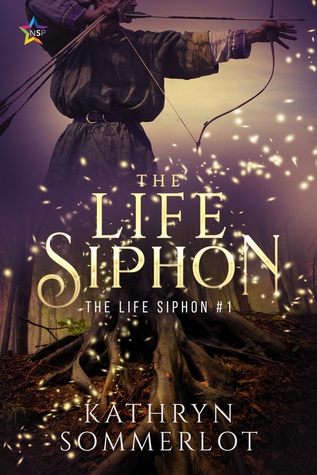 The kingdom of Runon has created the impossible: a magical energy source that siphons life from the nearby lands and feeds it back into Runon itself. On the edge of the forest lives a quiet ranger named Tatsu who is watching the drain grow closer to his home country of Chayd.

Arrested for crimes against the crown, Tatsu is taken to the capital’s prison, where the queen offers him a deal. If he sneaks into Runon and steals the magical source that powers the drain, she will return his freedom. Caught in the unimaginable aftermath, Tatsu knows that the only hope is to stop the siphon before it swallows the world.

More and more he finds himself at the mercy of the destruction the siphon leaves behind – and everything he has ever known will fall apart in the revelation of its horrifying truth.

When circumstances and rash decisions uproot Tatsu from his self-imposed isolation he finds himself with a choice; agree to the terms of the Queen and save the Kingdom or face life imprisonment for his crime. All chosen for their different skillsets, friends and strangers must work together to travel through dangerous lands in order to steal the Life Siphon that is threatening their world.

The Life Siphon is the first novel of the duology. I really enjoyed the author’s style of writing and how the events flowed together in a way that kept me fully engaged and not wanting to put the book down. Tatsu is a reluctant and unlikely hero whose standoffish mannerisms pick at the nerves of his companions to begin with. However as the truth around the Life Siphon and the personal implications for Tatsu reveal themselves, he finds something to fight for. I think it was this aspect of the novel that I enjoyed the most. Tatsu is a reluctant and unlikely hero and I look forward to seeing how his character and story develops further in the second novel.