Rising from Dust (Light from Aphelion 1) by Martine Carlsson

FIGHT FOR JUSTICE. DIE FOR LOVE.

War is raging in the kingdom of Trevalden. Up north in the Frozen Mountains, the amnesic hermit Selen survives as the pariah in his community. Drawn by a mysterious call, he travels to Trevalden and meets Louis, an enigmatic archivist. Together, as Selen remembers his past, they face the desolation of war with a group of misfits. For the sake of the people, they fight back the king’s armies, prepared to meet death…or a new dawn. As Selen and Louis understand that their feelings for each other may be their undoing, they are torn between their emotions and the greater good. But in the end, what is the greater good?

While they try to find their place in an unknown world, they carry a secret that will shatter the society and make them realize that the hardest fights are not against dragons but within oneself.

Rising from Dust is an epic journey where gritty fantasy and history cross paths. A graphic story of loyalty, violence, magic, court plots, and unwavering love where no one is what they seem.

Rising from Dust on Goodreads

When strangers Louis, Selen and Lissandro are mysteriously drawn together they find themselves not only fighting for the land that they have been re-born into but also piecing together their former lives. Each is terrified that the tragedies that befell them the first time will repeat themselves once more.

Louis is a heroic warrior who does not hesitate to put his friends’ lives above his own. Driven by his strong ideals and desire to make the world a better place, his determination sometimes prevents him from seeing the truth in how things are vs how he wishes to see it.

Selen, whilst also a warrior, is a gentler character and his sense of compassion is also a positive influence on Louis. He is fiercely loyal to his friends and shares Louis vision for the future of their world.

Selen and Louis are in a relationship which, if discovered, would get them both killed. Their relationship is one of my favourite aspects of the novel. It is beautifully written and you can really feel just how much they care for each other.

Lissandro’s character has a more accepting and practical view of the world that they now live in. His advice and guidance to Louis is more practical and he’s not afraid to speak out if he feels his friend is making a mistake. I feel that perhaps his character was not explored fully in book 1 and look forward to seeing much more of him in book 2.

I absolutely loved this first novel in the Light from Aphelion series. It combines two of my favourite genres; fantasy and history. The immersive world and wonderful main characters draws you in right from the beginning and I just didn’t want to put this book down. I enjoyed slowly uncovering the details of the characters previous lives and how they were linked to world-history. The detail in the battle scenes, whilst quite graphic in places, was brilliantly written and I really could imagine that I was right there along with them.

There is never a dull moment in this novel and there are plenty of twists and turns that I did not see coming. The finale of book 1 is beautiful and couldn’t be more perfect.
I can’t recommend Rising from Dust (Light from Aphelion 1) enough and cannot wait to read book 2 in the series.

Brandon loved Adrian, so when Adrian abruptly moved out of their apartment Brandon was devastated. Six weeks later Brandon is ready to start to ease his way back into life again, but a chance encounter leaves him questioning everything he thought he knew – about Adrian, their relationship, and himself.

END_OF_DOCUMENT_TOKEN_TO_BE_REPLACED

Themes: actions have consequences, paying the price for compassion, perseverance, triumph over adversity

Heat Rating: 0 flames. No sexual content. (It’s a love story, but not a romance)

Repeat Offence is a fantasy story, told in first person POV. It’s NOT a romance, and there’s no sex, but I consider it a love story. Apart from the first and last scene, the two MCs are apart. Readers can infer that it’s m/m, but Taz’s (the narrator’s) gender is never mentioned in any way. It fits into general fantasy as much as into LGBT+.

It should have ended with their deaths.

But dying in a wash of blood was just the beginning.

Sentenced to eternal life for sacrificing themselves in battle, warriors Taz and Hiro must take turns living as human and Guardian on opposing sides of the veil with only a chance to catch a glance of each other in the moment of death.

Until an attack forces Taz and Hiro to make a choice. Should they cling to what little solace they’ve carved out for themselves? Or should they sacrifice their lives to save countless others and risk the wrath of the Judges for a second time?

END_OF_DOCUMENT_TOKEN_TO_BE_REPLACED 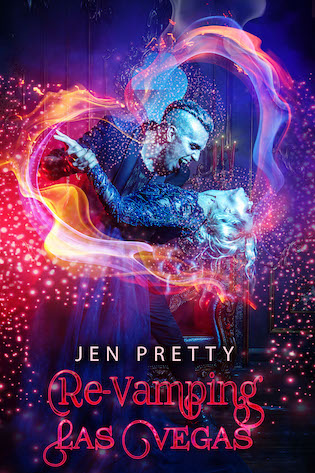 Too bad she is one.

An innocent bit of fun finds Nia tangled with a dangerous man and the powers that be send her to live with the vampire lord of Las Vegas.

Their efforts to get Nia back on the straight and narrow are almost as ridiculous as her fathers attempt to make her this heir in his bid for world domination.

It’s Las Vegas, what trouble could she possibly find?

Her life takes a sharp turn when someone tries to use her in a power struggle against her father, and her past sneaks up on her.

The past never stays where you left it, and sometimes the beginning is just the start of the end.

END_OF_DOCUMENT_TOKEN_TO_BE_REPLACED 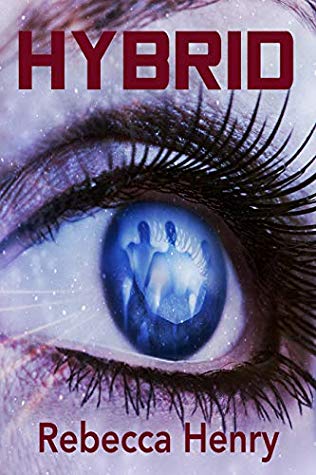 Agent Van of the CIA is sent to an Australian underground military surveillance base called Pine Gap. Agent Van finds himself thrown in a conspiracy cover up of an ancient alien race known as species X. He falls in love with Annika, a mysterious and uncommon woman who displays unusual abilities, leading Van to question her own origin. Mystery and horror explode around Agent Van during a cave diving exhibition to search for a lost colleague referred to as Agent One. The only clue for Agent Van and his team is a cryptic message carved on a wall inside the bleak cave that reads “Agent One is gone. No more Agent One.” Terror arrives as the agents are trapped inside the ominous cave. Agent Van soon learns that there is more to Pine Gap than Species X.

END_OF_DOCUMENT_TOKEN_TO_BE_REPLACED

Series: Tales from the Grim

Postal carrier and amateur surfer, Samantha Diaz, lives an uncomplicated life. Well, other than helping her sister with childcare, crushing on her unavailable customer, Lauren Brennan, and catching as many waves as possible before hurricane season begins. Suffice to say, she isn’t looking for much more, but when Lauren invites her to a monthly game night at her house, Sam happily agrees.

When Sam sets out on an early morning surf, the last thing she expects to do is die, but a sudden thunderstorm thrashes offshore, creating a riptide that steals Sam’s life. She awakens to a snarky woman named Margo speaking cryptic nonsense. Not only does she claim to be one of the many Grim Reapers, or Grims, in the world, Margo makes Sam an offer: she’ll bring Sam back from the dead, as long as she becomes Margo’s temporary assistant. Sam accepts but soon realizes the deal was too good to be true, and the consequences she faces may be worse than the death she dodged.

END_OF_DOCUMENT_TOKEN_TO_BE_REPLACED

Alexander Drygo, king of Sunbury, is reeling from the loss of his wife. Despite his best efforts using an incredible power, she is no longer among the living.

When a rival kingdom seeks to take advantage of this delicate time in Drygo’s life, he is thrust into a battle for the future of his kingdom.

Can he save his people where he could not save his queen?

Ash and Steel on Goodreads

Still mourning the death of his wife, King Alexander Drygo faces a new battle. A battle to save his kingdom and retrieve a stone with more power than it appears.

Ash and Steel serves as an introduction to the Soul Stones series. It is a short, action-packed read giving the reader some insight into the motivations of King Drygo as well as setting up the series. This short-story is very well-written and gripping, and does a great job of encouraging the reader to pick up the main series. A quick and very enjoyable fantasy read.

It’s been a little while since my last post so I thought I would give an update as to where I am with my current works.

The proof-reading has now been completed so I’m currently going through it myself again to make absolutely sure I am happy with everything. Over the new few weeks I’m hoping to finally be able to confirm the title! It does have a title, I just want to reveal that to coincide with blurb and cover if possible. The cover and blurb are the next two things I will be working on. I’ve had the draft ideas for the cover for well over a year so I know exactly what I want on it so it shouldn’t take too long to do. I’m also working on some character-based posts which will lead up to the release date. The release date should be the latter part of the year. I’m hoping to confirm this in the next couple of weeks too.

This project is turning out bigger than I had anticipated! I have at least 3 more novels planned which are set in the universe featuring various characters from it.

This is currently my work in progress so still very much in the early stages. I am aiming to get the draft done by the end of the year which scarily enough is not that far away now!