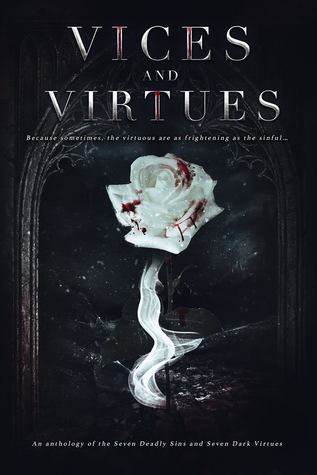 Sins will weave you into their webs. They become the Vice you’re unable to shake. There are the values, taught from birth, which ride a razor’s edge. They turn into Dark Virtues, a twisted mockery of their true meaning.

Pride, envy, lust, gluttony, anger, greed and sloth all have their place in the tapestry of life. They are the Vices who lost sight of the Virtues: charity, temperance, forgiveness, humility, kindness, chastity and diligence.

…for even among the most devout there is a dark side.

SINS OF THE FLESH (Gluttony)

Throwing caution to the wind, I slipped my feet into a pair of runners and walked down the road, telling myself it was to clear my mind. But really, I was on the prowl for fresh meat. Someone vulnerable—easy prey. I had to be smart about it; it was broad daylight after all.

Every person who walked past became a possible target. In my mind’s eye, I pictured a computer log for each one, listing their attributes. Having limited knowledge on the ins and outs of cannibalism, I had no idea what the perfect body type was for consumption. Would it matter if they were male or female? Was it better if they were lean and muscular, or was a layer of padding more flavourful? How was I to choose?

Turns out, I didn’t need to think about it at all. On my walk back home, I was knocked off my feet by a man out for a jog. He’d been too busy flicking through the playlist on his phone to see me, and by the time we’d both looked up, it was too late. We collided, my forehead into his chin and mouth. My hands automatically went up, pressing against his chest and sending us both bouncing off each other, landing on our behinds. Apologising profusely, he offered me his hand and pulled me to my feet. The impact had left a red egg on my head and skinned my palms raw. He, however, came across a little worse for wear, sporting a newly chipped tooth, and fat, bleeding lip. As soon as I got a whiff of the blood on his breath, I knew, he was the one.

I pointed to my house across the street, inviting him in to clean up while he called the emergency dentist. It was the least I could do.

Ushering him into the bathroom, I had him perch on the edge of the bath while I rummaged through the cabinet for the first aid kit. I needed to knock him out somehow. There was no way I could do this without it… unless…

Do you remember Jamey? Has a tattoo of a whale on his right arm, wears a red and white striped tank top—Sound familiar?”

“That’s right. Jamey is my boyfriend and we’re very happy, only… He has this crazy idea that he should give up the troop, join the army instead. He thinks it would provide a better life for us, but he’s wrong. This is the only life I want and I don’t want it to change. I need you to change his mind.”

“You don’t realize it, but you can. I saw it in you. The ability to endow magic. You just needed a jumpstart, and yesterday…” she pointed to the feather, “I gave it to you.”

Mora stared at the feather, still crumpled in her hand.

Mora lifted the feather halfway to her face, then paused. This would never work. Clearly circus life had taken its toll on Dare’s mental health. Or perhaps unstable people were attracted to the quirky life the troop seemed to lead. It was silly to give in to Dare’s demands. Then again, if she didn’t do it, perhaps Dare would become so angry, she’d bust out of her purple corset and become a rage-fueled She-Hulk. Perhaps the simplest way out of this situation was to tell the feather to become a mind-changer and then get the hell out of there.

“Fine, whatever.” She brought the feather to her lips and blew words into it. “Change Jamey’s mind. Make him stay. Oh!” She jumped as a tingling sensation moved through her body, from the soles of her feet up her legs and spine, then out to the tips of her fingers and into the feather. “What… what just happened.”

Dare’s face went back to its friendly older sister mode. “Exactly what I thought would. Thank you, Mora.” She took the feather back from Mora and pinned it into her dark, shimmering hair. “Wiser people than me would tell you to be careful with this gift of yours. Magic can be used for good or for evil. It doesn’t care which, most of the time.”

Confused, Mora toyed with a stray thread from the hem of her t-shirt. “But you’re… not telling me to be careful?”

Dare grasped Mora’s chin and tilted it so their eyes met. “We don’t find out what we’re capable of through advice.” She gave Mora’s face a tiny squeeze and then let her go. “Trial and error, darlin’. 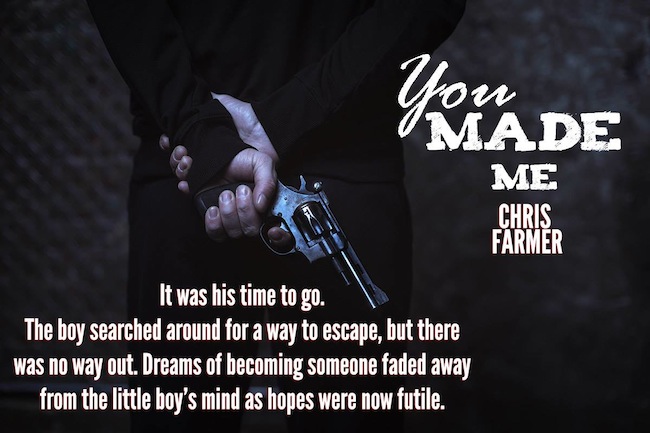