Shabby Sunday is a meme started by Mischenko of ReadRantRock&Roll and credit also goes to her for the banner above.

The Puddle Lane stories were originally published in the late 1980s after the television series and were written to help parents teach their children to read. My parents bought me and my sister the entire collection and we both have fond memories of them being read to us. 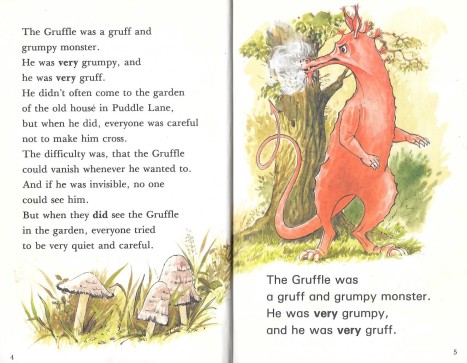 I have chosen this particular book as the Gruffle is the character I remember most clearly. An antagonist of the series, he prefers solitude and quiet and becomes quite easily enraged (most usually when another character disturbs him). Most of the characters know to keep out of his way, but inevitably he encounters some of the other residents of the lane, although it usually results in him getting his comeuppance!

In this book he decides to go for a walk in Puddle Lane and his bad temper brings about his own misfortune. 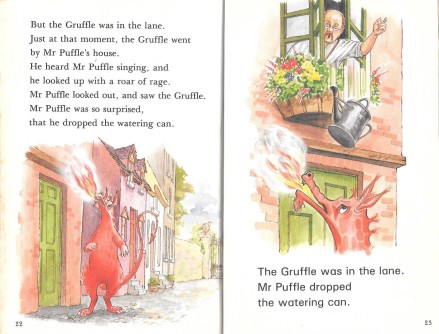 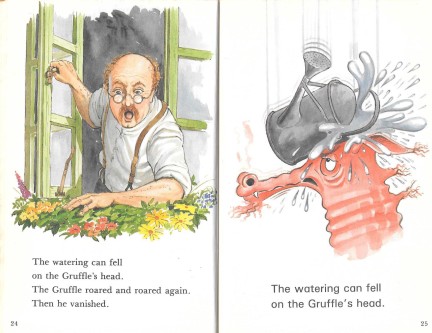 I always remember feeling quite sorry for him. Yes he had a temper, but all he really wanted was a bit of peace and quiet, he just went about it in the wrong way. As everyone knows I do have a soft spot for antagonists and love to analyse their motivations and what makes them tick. The Gruffle is the earliest antagonist I can remember in a story so as gruff as he is, I do remember his misfortunes fondly and still have a soft spot for him.

2 thoughts on “Shabby Sunday: The Gruffle in Puddle Lane by Sheila McCullagh”