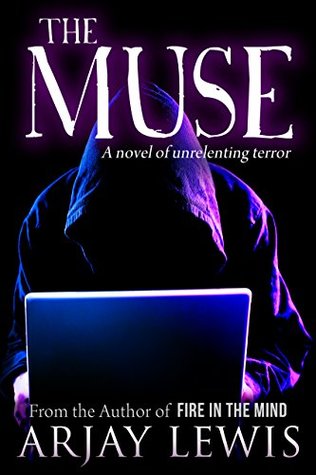 His pen and his sword are both mighty. When he loses his inspiration, he’ll drench the town in blood to get it back.

Hugely successful horror author Jack Court has a chilling secret. When he’s not writing bestsellers, he murders the innocent to satisfy the twisted whims of a symbiotic creature who lives within him. But after a sheriff out for justice chases him into the path of an oncoming car, the beast escapes the writer’s injured body in search of another host…

Harry Goodwine’s words have never supported his family the way he knows they deserve. Just when he’s given up hope, he suddenly receives inspiration from something new inside of him. Harry’s unexpected success may just mean a new life for the ones he loves, as long as he can ignore the unfamiliar internal voice and the endless dreams of blood…

Without the symbiont to maintain his vitality, Jack becomes something different. Something not quite human. Something that’s willing to kill anyone in his path to reunite with the creature who will help him fulfill his darkest desires…

Goodreads: The Muse: A Novel of Unrelenting Terror

Successful horror author Jack Court is living a double life. Whilst writing countless bestsellers he is also a prolific serial killer who murders to satisfy the cravings of the creature living inside him. However, when Jack is hit by a truck and hospitalised, he not only loses his muse but the county Sherriff, who believes that Jack is the man who murdered his wife, uses the opportunity to investigate.  When aspiring author Harry Goodwine finds himself the new host for Jack’s muse, Trajan joins forces with the FBI to track down Jack, who has absconded from hospital with the intention of reclaiming what he believes is rightfully his. However, Jack Court is changing as the monster on the inside begins to truly show itself.

The Muse is an excellent horror story. The chapters are written from different characters’ perspectives which I really like as you get a feel for what they are all going through. As well this paces the novel extremely well and moves it along in a way that has you hurriedly turning the page for more.

This has to be one of the best stories in its genre that I have read all year. It keeps you on the edge of your seat and is a genuinely chilling story. Jack’s gruesome metamorphosis into the beast that he would become was horrifying yet done believably so. The entire story was crafted this way. The author set out plausible reasons for events that the characters otherwise would never have been able to explain.

If you are looking for an incredibly chilling and terrifying read, I definitely recommend The Muse. It really is a novel of unrelenting terror!

2 thoughts on “Book Review: The Muse: A Novel of Unrelenting Terror by Arjay Lewis”