Title: Between Empires and Continents 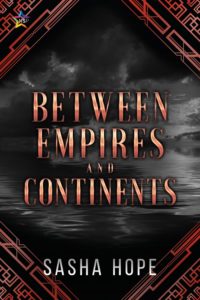 Luxor City, a once lawless metropolis on the brink of civil war, is now at peace, but even in lighter times there are always shadows. In the technicolor streets of the Southern Empire, Junsu Sun, the Alpha heir to one of Luxor City’s great crime families, busies himself by dealing with a blacklisted group known as the Underground.

After taking down one of the Underground’s notorious leaders, Junsu assumes he’ll be given time to rest and recuperate, but his mother, Alpha Xijuan Sun, has a new mission for him, involving a luxury cruise and a new mate, Omega Kaito Yamaguchi, of the powerful Yamaguchi family. Ever the dutiful son, Junsu obeys his orders as if it were any other mission, but this sort of engagement isn’t exactly the type of thing he’s used to and Kaito Yamaguchi certainly isn’t the sort of Omega he’s used to either.

Kaito is impatient, impassable, and impossible. He’s a spoiled Omega who is pissed off that his family have reorganized his life and thrust him into this arranged mating with some Luxor City Alpha he’s never met before. Kaito hasn’t even seen a picture of Junsu Sun, a fact that Junsu uses to his advantage.

Faced with a week spent trapped on a luxury cruise with a rude, bratty Omega who doesn’t even know who he is, Junsu decides to play a little trick on his future mate. But just how far will he let things go and where is the line between a little trick and a painful deception?

Meanwhile, other secrets floating between empires and continents are about to spill out onto the deck.

Between Empires and Continents
Sasha Hope © 2021
All Rights Reserved

The Southern Empire glittered like a neon jewel at the tip of the vast island metropolis that was Luxor City, offering visitors and locals alike a chance to live another life. Between the intersections of technicolor streets, every threshold was another opportunity to experience the height of southern entertainment and luxury. The South’s booming city center was a shining district renowned for its fine dining and nightlife. People from all over the world sailed for weeks just to pay a visit. But, as is the trouble in all cities, dark corners filled space among the shadows cast by dazzling lights.

Junsu Sun was proud of the Empire he would one day inherit. Recent increases in corruption were no surprise in a city founded largely on the drug trade between Luxor and the Second Continent. Still, Junsu wasn’t pleased to find out just how deep the opium-coated rabbit hole went. The underground world that had been built up in the back alleys between skyscrapers both enraged and fascinated him to no end.

Since the unification of Luxor City and the newfound peace between the island’s three territories—North, Central, and South—Junsu had been on a quest to know more about his Empire and the inner workings of their expansive business. As the sole heir to Xijuan Sun, the aging Alpha of the Southern Empire, he was starting to feel the weight of duty falling more and more heavily upon his shoulders. Despite only occupying the southern tip of Luxor City, the territory his family’s Empire encompassed was vast and densely populated.

Junsu had no idea what went down in some of the red-light hotspots dotting the city’s entertainment district, but over the past few weeks he’d been carefully slipping into the inner circles of some of the city’s most notorious gangsters, learning more and more about the Southern underbelly, what the Sun family and their allies simply called the Underground.

This was how he found himself sitting around a table playing Mah-jongg with a group of Alphas his mother would have killed as soon as she’d looked at them. These were members of the Underground, people whose fidelity to the Sun family was always in question. They stepped around rules and edicts to run their shady district nightclubs off the grid.

This evening, however, they were all sitting together glowering at Mah-jongg tiles with knowing black eyes.

Four Alphas were seated as is required in Mah-jongg, one person per side of a perfectly square table: North, South, East and West. Junsu occupied the East seat. He leaned into a soft chair with its back to a large loading bay door. Though prominent industrial pieces of architecture were blatantly scattered about the Underground hideout, there was a luxury apparent in the chic den only the highest rollers could afford. Eccentric art pieces decorated the walls and were often lit with neon beams, adding ambience to the eclectic atmosphere.

Junsu hadn’t been expecting this Underground gang to literally be inside an underground venue, but he found something vaguely amusing about their headquarters. In the darkness, dull violet lights illuminated the faces of gamblers and socialites. Their smirking features glowed in an ominous manner. The exposed piping above their table rattled and hissed, probably taking on the tide water from the nearby shoreline. The noise was almost drowned out by the pounding music coming from the club on the floor above.

Junsu stared down at his onyx and jade Mah-jongg tiles, running his thumb over one of the gold-painted engravings marking it. He smiled at his latest pick and flipped his pieces down onto the table, showing off the winning hand.

“My game again,” he uttered before reaching a lazy hand over to his drink. He hid a smirk around the rim of his glass as the rest of the Alphas at the table groaned.

Junsu, the newcomer, had won his third game in a row.

“You know, Sun. It’s only polite to let your elders win sometimes,” the middle-aged man at the West side of the table grunted around the end of a newly lit cigarette. He was the Underground’s leader, an Alpha called Naoto Kim. His wrinkled features were drawn up in a smirk, visibly amused by Junsu’s luck even while his eyes were narrowed with a hint of suspicion.

Junsu could see it, but he simply chuckled and moved his tiles back into the center of the table. He was lucky to have secured this meeting with Naoto Kim, but he wasn’t about to lose on purpose just to stroke the other Alpha’s ego.

“My mother is a good teacher,” Junsu murmured as he drew a hand over the tiles, mixing them about over the velvet-covered tabletop. In contrast to this venue, his mother had a few high-tech tables back in the casino capable of shuffling themselves. Her tables moved the tiles into a mechanical repository under the green velvet before restacking and dealing them out in neat piles. Naoto’s club was a little passé, but Junsu was polite enough not to mention it.

Naoto’s lazy gaze traced Junsu’s hand as it moved over the tiles while he shuffled. With gritted teeth, he laughed to himself before taking a long drag off his cigarette. Smoke billowed from between his lips, momentarily obscuring his glaring eyes.

“I bet you regret inviting the Sun kid over for playtime now. Hey, Seijin?” Tae, the man on the North side of the table, said to the man at the South.

Seijin didn’t look too happy. As a younger member of the gang, his pockets weren’t anywhere near as loaded as his fellows’ and Junsu had practically emptied them out.

Junsu had met Seijin through a contact who’d infiltrated the Underground. Buddying up to the young Alpha had been a cinch. After a few meetups, money had exchanged hands and Junsu eventually convinced Seijin to let him in on one of their Mah-jongg games to give him a chance to meet with Naoto Kim. Junsu had a particular interest in the Underground membership and their trade. They were an up-and-coming group and, despite the conflict between the Underground and the Sun family, Junsu had paid great attention to their business.

“Seijin’s right,” Junsu said with a nod. He tossed a few tiles across the table with an absent flick of the wrist. “I didn’t come here to play. I came for business.”

Naoto stared at him, still glaring down the end of his cigarette. “Not sure if we need your mother’s business,” he muttered in response.

“Not hers. Mine,” Junsu replied curtly. 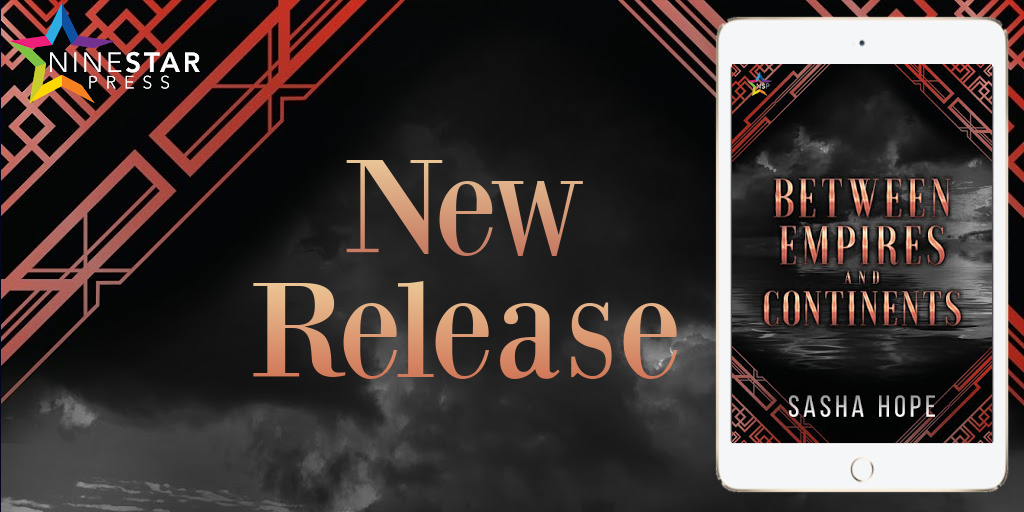 Sasha Hope is a lover of story, art and design based in Canada. As a writer and an artist, she enjoys having the opportunity to create new characters and build new worlds for readers to explore. Having studied linguistics and a myriad of languages from a young age, she is passionate about including characters of different backgrounds in her work. Whether the setting is fantasy or reality, she believes that a diverse cast with diverse languages and cultures is a wonderful thing.

Crafting stories that embrace MM romance and erotica is her modus operandi. When she is not creating new worlds she is travelling this one looking for inspiration or enjoying her career in the videogame industry.