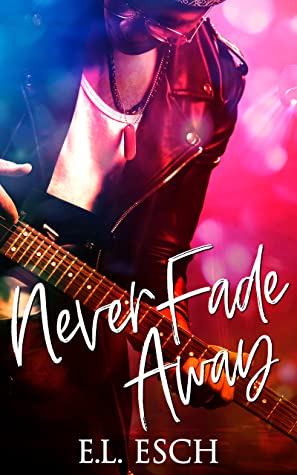 Until death does us part, but it’s knocking on our door…

I’d had enough. That’s how I found myself in a dingy alleyway with my revolver in my hand. I was sick and dying anyway, and there was nothing I could do about it. Nothing except maybe taking back some shred of control by going out on my own terms.

Surrounded by the darkness of my own mind, this was the only solution I could see, but before I could do something I’d regret, rock star Anno Goodkind crashed into my life and flipped it upside down.

It was supposed to be one casual hookup. No complications and definitely no feelings. No, the most logical thing to do would be to stuff my emotions down so nobody got hurt. Especially not him. But nobody told me that love didn’t give a damn about logic.

CONTENT WARNING: This story has a HEA but deals with heavy themes of illness, suicide, anxiety, and depression. Reader discretion is advised.

Vincent is dying. His doctors say that he has at the most five years before cancer takes his life. Weary of the fight and the lack of control of his own destiny, he makes a decision that finds him in an alley after a gig, gun in hand and set to take back control by ending his own life. What he doesn’t expect is for rockstar Anno Goodkind to literally crash into his life and save it that night. Before long, Vincent finds himself falling for the man who saved him. Much to Vincent’s dismay, Anno has feelings for him too. But how can Vincent allow them to embark on a relationship when he has so little time left?

Never Fade Away is not an easy read. There are trigger warnings and some readers may find it upsetting. For me, the realism and sometimes stark way that the issues were dealt with invoked a rawness that whilst at times was heart-breaking, made this a truly emotional read.

The story is told from Vincent’s perspective and the insight you gain into his different emotions whilst trying to come to terms with his diagnosis is at times painful but creates a deeper connection with the character. Anno has his own struggles as Vincent’s attempted suicide brings back the pain of his friend’s death. It is beautiful reading how the relationship grows in such circumstances and despite the dark subjects, there is a ray of hope for a better outcome.

This is a highly emotional read and one that I very much recommend.