Title: A Curse of Blood and Water

James Marshall moved to Serenity Sound expecting a quiet and idyllic village, but that peace is quickly shattered by his discovery that something is stalking the streets of the sound. He is determined to get to the bottom of it, even if he must join forces with Mr. Garten, a handsome but secretive manservant.

James’s investigation draws him into a world of myths and magic—and entangles him in the lingering and deadly legacy of a mysterious tragedy.

A Curse of Blood and Water
Laurence A. Clarke© 2022
All Rights Reserved

I came to Serenity Sound in May because I’d been assured that the worst of the rains would be over by then, and the house well prepared for my arrival. Despite all this, we approached the town in a fine mist of rain. I felt constantly obliged to wipe the windowpanes clear of condensation with my sleeve until it was quite as damp as the out of doors.

Eventually, I tired of watching the woods go by, all the same lush and sodden greenery. I turned to my companion, a Mr. Robert Kleine, who had been the one to put everything in good order and had kindly come personally to fetch me to my new abode in his own carriage.

I was gregarious by nature and already missing conversation, but Mr. Kleine had so far sat stoically and silently across from me, head nodding in either drowsiness or contemplation, and I had been loath to interrupt. Now, however, sheer boredom drove me to do so, with a comment on the abundance of wildlife I had seen outside the misty window.

“To be sure,” Mr. Kleine agreed, opening his eyes and straightening a little. “It is to be expected. The sound is all woods on three sides, and sea on the last—but you are from the city, born and raised there, I presume?”

I acknowledged that this was so.

“Then no wonder,” he said amiably, his German accent coming through strongly with the w. “I suppose we get used to it here. You will also in time. Perhaps you will join the hunt this autumn? It brings many men from the city every year, all hoping to bag a fine buck. I myself seldom miss the season. Do you hunt?”

“I do not,” I admitted. “Though I might be convinced to try it.”

“Even so,” Mr. Kleine said, “I think you will find the atmosphere of the forest very refreshing after city living.”

“Peaceful?” I was thinking of the name of the place, wondering how apt it was.

I raised my brows, hoping to convey that I wished more clarification on that point, but Mr. Kleine chose instead to change the subject.

“Even if you find the forest not to your taste, we are not so isolated as one might presume. Dawson Island is out in the sound, and on sunny days people row over to picnic there. There is a village there now, around the old Manor. It is rather charming.”

“I had not known there was a manor house.”

“Well, it was originally but was not again until recently. It was turned into an asylum for a good while before the family bought it back. Of course, nobody wished to live there until the family took over again. But now there is quite the cheerful little place—The Rocks, they call it, or something like that, though I believe its proper name is simply that of the island.”

“I hope I shall get to see it during my stay! And what else might there be?”

“Well, there is another village, a few miles down the shore, called Lyreton, which has what some might consider healthful baths.” A slight sniff at the end of this sentence made clear exactly how healthful, in his opinion, these baths really were. “It’s popular with city folk, as well. They’re meant to be excellent for gout, although that might also be the exercise—one must walk a few miles to get there, unless they hire someone to carry them or take the coach.”

I had never been to a bath, or a spa, or an island, for that matter. A whole new world, it seemed, was suddenly opening before me. “Well, then, I haven’t got gout, but it might prove diverting.”

“Indeed? Well, there is also the convent nearby the sound. They make excellent sheep’s cheese, and beer.”

I glanced at the window and gave it a half-hearted swipe with my sleeve. “What is there for entertainment?” I inquired, turning back to my companion.

“Mostly we make our own,” Mr. Kleine said.

“No theatre, or music halls, or cafes?” I pressed, perhaps a little desperately.

“Music halls? Oh no, definitely not. The bigger houses often do dances however. There are also some good public houses. The Crab and Oyster, in particular, does up marvellous fish and chips.”

I sat back in my seat. Suddenly, the rain and trees around me seemed very oppressive. Still, I tried to keep good cheer. After all, the point was to “get away from it all,” to refresh my spirits. Long walks in the woods and along the shores to study the poetry of nature, quiet evenings of contemplation with my books—that sort of nonsense. It would also help to be well away from my dear family, who as of late had begun to drive me to distraction.

I thanked Mr. Kleine for this intelligence, and then we lapsed into silence again. By the time the carriage was rattling over the cobbles of the main street, Mr. Kleine was most decidedly asleep.

He awoke with a whooshing gasp as the carriage rocked to a stop. “Well, well,” he murmured, blinking. “Here already?” He leaned forward and pulled back the curtain, peering out through the rain. “Yes, here we are. How excited you must be!”

I nodded, suddenly aching with the desperate need to stretch my legs and, in my haste to stand at last, nearly tumbled out of the carriage when the door was opened. I walked slowly a little ways down the street to get the stiffness out of my limbs, looking up at the house alongside as I did.

It was a large house, tall and relatively narrow, separated from the rest by a gated garden and high hedges. On either side, other houses, smaller but similarly proportioned, pressed near each other, colourful shutters closed against the rain. I realized that the big house was at the apex of a small hill, giving it further distinction. You could tell it had been built by a man who had some money and wished everyone to know it. The accents were almost ostentatious, all elaborately carved frippery about the gables and gutters, in the shape of baroque-style curlicues and medieval foliage reminiscent of old family crests. Indeed, above the door there was such a coat of arms, though like the rest it had been painted black, likely either in respect for the dead master, or on account of embarrassment in hindsight. Against the black accents, the rest of the house looked very starkly white, all freshly repainted before my arrival. Even the door knocker, when I reached it, looked to have been well polished.

The door was opened for us by a maid, and I came in to find all the servants lined up in the hall before me. I doubt I could hide my consternation at having to suddenly address such a large assemblage, and it was to my eternal gratitude that Mr. Kleine took over for me. He introduced me as their new master, as the renter of the place and all its accoutrements, and specifically added that I was a dear friend of the absent heiress. I nodded at them and tried to look sufficiently stern. The servants at last made their bows and filed out to continue their work, and the housekeeper herself came to speak to me personally.

She introduced herself as Mrs. Morning. Mrs. Morning was a very tall lady, at least my height, which no doubt assisted her in imposing household law. From the perfect coif of dark hair beneath an immaculate cap, to the polished tips of her shoes, she was domestic order incarnate. I immediately professed my belief that all would be well in her hands, and that she was to continue to make decisions as she had been, which she seemed to find not only acceptable, but expected.

“We shall, of course, be consulting you regarding anything meriting your attention,” she said crisply. “I shall bring the budget to you tomorrow morning, if that time is agreeable to you, to see it approved and to discuss anything involving the house funds.”

I understood that she needed money—naturally, the staff continued to require income, and Miss Drummond had obligingly already approved the dispensation of such through our man Mr. Kleine. I agreed to this, and perhaps seeing that I was fatigued, she called a manservant to take me to my rooms.

In Mr. Kleine’s notes, which I had read prior to his arrival, I remembered seeing that this man, Mr. Garten, had been the late master’s personal aide. It was up to me, the notes had said, if I wished to retain his services as such. I wasn’t certain. He was polite and efficient, but his presence brought home to me the sudden and tragic death of the previous occupant of the very rooms to which he led me, and it seemed to cast a pall over the both of us. I very quickly thanked him for his attentions and sent him away.

The master bedroom was large and comfortable. The fire had been lit to ward off the rainy evening chill, and the floor was covered in soft, well-worn carpets. The bed seemed enormous, and I realized that despite the availability of a nearby lady’s chambers, it was built to comfortably hold two. I went to it and pulled back the heavy down comforter, revealing clean, tight sheets. I doubted very much that I would find somebody to share my bed here. In such a small town, it would be impossible unless I suddenly decided to marry. The idea of imposing on the servants for so base an activity was a notion that I quickly dismissed. I would simply have to live as did the nuns in the nearby convent Mr. Kleine had mentioned.

Resigned as I must be to celibacy, I nevertheless, with an attitude of defiance, took comfort in the lesser sin of self-pleasure. After the weariness of the long journey, it was all that was required to send me immediately to sleep. 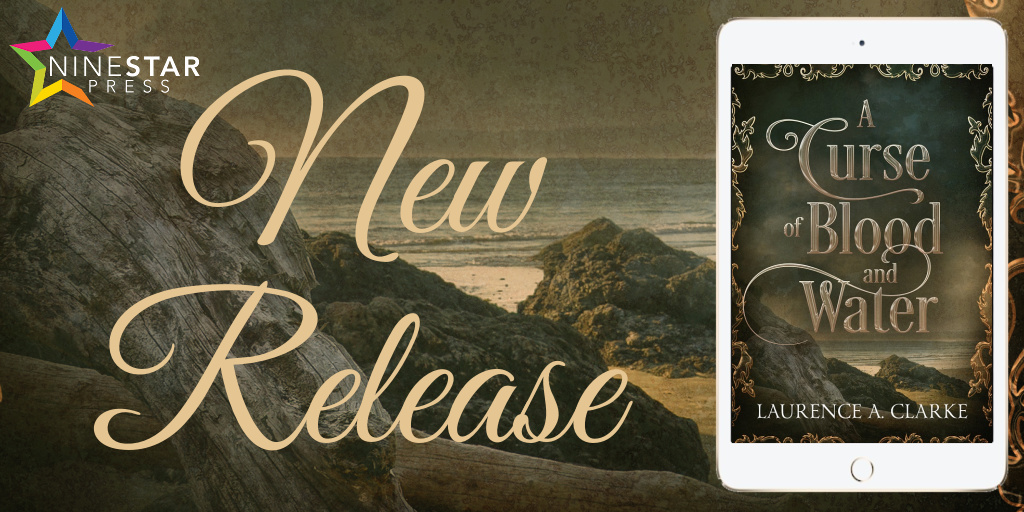