Title: As Long As Stars Are Above You

Joey had different dreams when she was in high school, but she thinks she’s built a perfect life. Then her marriage hits the rocks.

When she goes to her high school reunion, a chance encounter with a fortune teller sends Joey back twenty years and she has the chance to live out those teenage dreams.

Joey begins a whole new life with her band camp crush. But are there consequences to taking a different path, and are some things simply meant to be?

There it was again. That word. Dan tried to make it seem like a positive thing, as if letting her decide everything was a courtesy. But all she heard was him pulling away, literally. Shutting down.

“Well, I guess I could go on my own?” Joey said, hoping he’d hear how much she didn’t want that to be the case.

Fight for me, she pleaded silently to the back of Dan’s head. Remind me that I’m not in this alone.

“I don’t care, Jo, really. We need to talk, but just tell me if I need to get dressed or…”

He didn’t finish the sentence but drifted back to looking at his phone. Apparently, that’s how little she meant to him now. She wasn’t even an afterthought in his mind, but an incomplete one.

“Maybe we can talk when I get back?” she suggested, still trying to catch his eye.

A reaction from Dan, finally, as he looked up at her for a moment with a haunted expression.

“Whatever you think. We probably should…”

What he thought they probably should discuss, however, he didn’t say. He and his phone headed toward the guest bathroom before she’d even had a chance to kiss him goodbye.

Joey hated herself for thinking it, but she missed how they used to fight. She could deal with anger. But this? This was apathy. Anger, at least, meant he still cared.

His words bounced around inside her head as she finished getting ready, and they were still on repeat as she wound her car through the familiar streets of their old neighborhood. As she turned the engine off and gave herself a once-over in the rearview mirror, she hoped the few tears she couldn’t blink back hadn’t messed up her mascara too much.

Not that it mattered. When Joey Shaw walked into a room, people always seemed to notice. It wasn’t that she was pretty. She was, but she carried herself like she wasn’t, so sometimes people forgot she was almost striking.

It was more that people could sense she’d entered a room, so they always turned to look. She brought with her a sense of…delight? Was that the right word? A sense that the room would be different now she was in it. She wasn’t loud and she’d never purposely sought attention, but she made people feel good, and that was a welcome addition to any room. 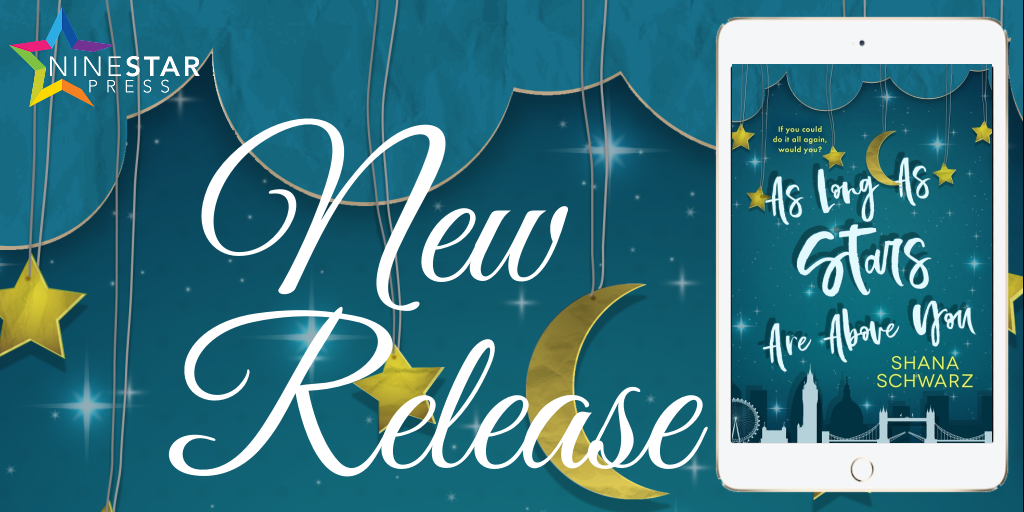 Shana Schwarz is a careerwoman by day, writer by night, mother at all times to three incredible children, wife to a loving husband, and the author of As Long as Stars Are Above You. Born in San Diego, California, she now hails from Gilbert, Arizona where she especially enjoys giving back to her community by volunteering at schools, libraries, with Girl Scouts, and any causes that benefit marginalized communities, especially LGBTQIA+ youth. She began her career as a writer at the age of 17 when she was hired to cover movies, arts, and features for a youth-oriented page in the Arizona Republic. With twenty years of writing experience for magazines, newspapers, social media, and more, she is thrilled to have her first novel out in the world.