Genre: Gay thriller (not a romance)

It is book 3 in The Yakuza Path series and can be read as a standalone but it’s worth reading the previous books to follow the ongoing storyline.

This book does not end on a cliffhanger. 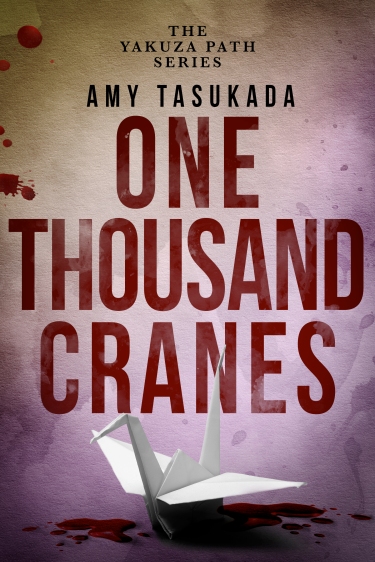 When a body goes missing, a young Yakuza’s life hangs in the balance…

Aki Hisona’s latest promotion is a cause for celebration. But because his new job is working as the personal secretary for the Yakuza’s Kyoto-based godfather, it’s also a cause for dangerous envy. He takes an invitation from a friend for congratulatory drinks, but Aki never thought the night would end with a deadly knife fight…

Aki is tasked with disposing of his friend’s corpse, but there’s one problem: the body is missing. As body parts surface around town, it’s only a matter of time before the police piece together the clues. But keeping one step ahead of the cops may not matter if Aki can’t solve the mystery before his cold, unforgiving godfather boss does…

One Thousand Cranes is a pulse-pounding thriller in the ongoing series of Japanese mafia stories. If you like gritty settings, page-turning whodunits, and accurate portrayals of Kyoto traditions, then you’ll love Amy Tasukada’s gripping tale.

BOOK 5 – Flowers of Flesh and Blood

Shoda squeezed Aki’s arm. “Don’t think you’re getting out of buying me a beer that easily, Mr. Hot Shot Secretary.”

“We got to find a place first.”

“There should be one up another block.”

The streets were quiet, except for trash workers, but they avoided even glancing toward Aki and Shoda. Even without the inward-facing arrows of the Matsukawa crest pinned on their shirts, they could never lose their yakuza swagger.

“I’ve been trying to suck up to the ward leader in the redlight district,” Shoda said.

“You think the ward leader will move you there when your apprenticeship is over?”

“I think so, but who the fuck knows. I do everything they want, and I still feel like I haven’t gotten anywhere.”

“It hasn’t gone unnoticed. There have been a few times Father Murata talked about how he wished all the recruits were as dedicated as you.”

Shoda tugged on his ear. “I just gotta spend another six months cleaning toilets. Then probably another doing the same thing at one of the Kyoto wards. I joined the yakuza, not a maid service.”

Aki laughed. “I felt that way, too. It takes time. People have to learn they can trust you before they hand over bigger duties.”

“Wherever you go, I wish you the best. You’ll make a name for yourself.”

Even with the good wishes, Shoda’s face remained tight. “It was easier for you.”

The two passed through a narrow alley reeking of rotting fish and piss. The yellow trash bags took up so much space they had to walk single file.

“Maybe if I’d taken it up the ass, too, I would’ve gotten a cushy job answering phones by now,” Shoda said.

“So you still have to suck his dick, too? Maybe we could both take turns. The fag might want some variety.”

“And more clearheaded than ever before.”

Shoda snatched a handful of Aki’s chin-length hair and jerked him back. The world spun, and the first of the sun rays blinded Aki. Then Shoda’s fist connected with the side of Aki’s

face, and he fell onto the stuffed trash bags.

“Shoda!” Aki cried out while all the hours of training he put in at the boxing gym fluttered away like a paper trapped in a whirlwind.

Shoda grunted and drew his arm back again. “Huh? High school grad can’t figure it out? You think you’re better than the rest of us, don’t you?”

Aki held up his arms, covering his face, but Shoda delivered a blow to his wrist that sent a shock wave of pain throughout Aki’s body. But it didn’t hurt as much as their breaking friendship.

“No! I never thought that,” Aki pleaded.

“I’m going to fuck you up so bad Father Murata won’t want to look at you. You two-toned freak!”

Another punch landed on Aki’s stomach. The beer sloshing in his gut churned up his throat. His thoughts swirled as he slid down the trash bags and vomited. It splashed back onto his white hands.

Shoda kicked him in the ribs. A trail of acid followed the rest of the contents of Aki’s stomach. Even with the copper taste of blood mixing with acid in his mouth, Aki knew the scuffle had to be a misunderstanding. They were best friends. Shoda just got a little hotheaded.

Aki wiped his mouth as Shoda stumbled back. Sure, Aki trained on a punching bag, but he never sparred with an actual person, let alone struck his best friend.

International best-selling author Amy Tasukada writes thrilling times of crime, love, and gore. Readers who crave diverse characters, unique settings, and edge-of-your-seat action will devour her Yakuza Path series. Readers who seek less blood and more love will swoon over the Yakuza Path Romance and Would it Be Okay to Love You? Series. Amy is an atheist, queer author who enjoys drinking tea, Japanese street fashion and visual kei music. Her calico cat, O’Hara, is never far from her side. Amy lives in North Texas, but is always planning her next trip to Japan. 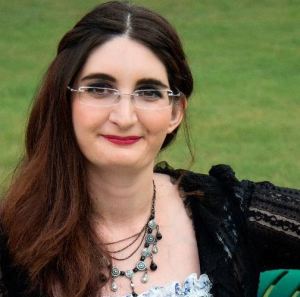 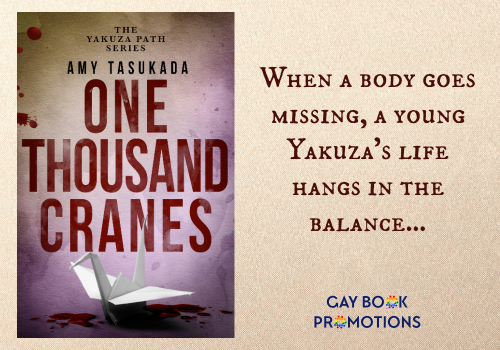 Click here to read my review of One Thousand Cranes!