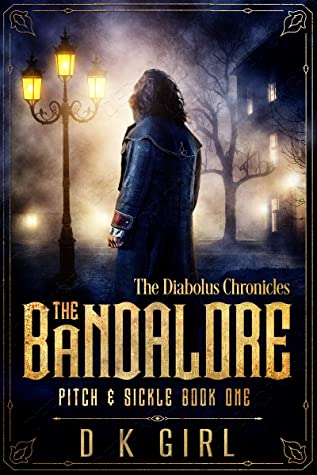 1885 London, England
Silas Mercer died once. He’d rather not do it again.

On his return to the world of the living, Silas finds himself in the hands of the mysterious Hermetic Order of the Golden Dawn.
The Order has London society clamouring for their services, with tarot readings, seances and exorcisms among their arcane specialities.
Now they seem intent on making Silas their newest recruit.
But they want far more from him than cheap parlour tricks.
When the Order partners him with the scandalous rake, Tobias Astaroth, Silas’s new life is turned on its head in more ways than one.
Tobias is quick-tempered, dangerously charming, and far more than the man he seems.

For Silas, surviving what the Order has planned for him will be a challenge.
But finding a way to survive Tobias Astaroth could prove impossible.

When Silas Mercer is rescued from death, he soon learns that his saviours brought him back for a purpose. He is to join the mysterious Order of the Golden Dawn and assist them in their otherworldly activities. With no memory of his past life, Silas must not only put together who he was as a man and who he is now, but the new world around him that is such a departure from everything that he has ever known. When he is partnered with the seemingly obnoxious and non-human Tobias Astaroth, Silas learns that his role in The Order is much more important than he could ever have imagined.

The Bandalore is a great read and introduction to the version of 1800s London that the author has created. They have combined many different lores and cultures (including Japanese!) to flesh out this unique world. Taking place from Silas’ POV we learn about The Order at the same pace as the protagonist, which I preferred as it avoids an information dump and things are revealed naturally and in pace with the story.

I enjoyed meeting the characters that inhabit the world and their unique abilities. Tobias seems to do his best to alienate all those around him, but you occasionally see another side to him. A side that is in pain and is the reason for much of his behaviour. The romance is very much slow burn and there only subtle hints in this first novel. Again, due to the complexity of the series and characters, I feel this pacing is right and I look forward to seeing how their relationship develops, as well as what secrets Tobias is forbidden from speaking of.

The Bandalore is a great first installment of the series and I am very much looking forward to reading book 2.