When district nurse Mary Grey and her lover Harriet accept an invitation to visit the latter’s godmother in the beautiful Lake District, they’re hoping for a relaxing outing. But from the very start, they find themselves pulled into a web of intrigue, resentments, deceit, and violent passions.

Young newlywed Rachel Florry is found on the lawn with her skull smashed in and there’s no shortage of suspects. From the girl whose fiancée Rachel stole, to a sinister vagrant, to Rachel’s own mystery lover.

Mary calls on her old friend and partner, private detective Franz Shaefer to come down to Bayard Lodge and help solve the case. But as they unearth buried secrets and hidden agendas, they themselves are at risk.

The horrific events of the previous winter, when the notorious beauty and heiress Harriet West had lost her brother, her uncle, and her fiancé, had yielded one unexpected benefit. She was suddenly free of any and all social obligations. After all, nobody could expect a girl who’d been through such heartache and trauma as Harriet to attend anyone’s coming-out ball or go somewhere for a spot of shooting, much less throw any parties herself. It was perfectly understandable she would wish to keep to herself and see only a few very close friends.

It made perfect sense for her to settle in a flat in the city rather than stay in the Newcastle mansion that was really far too big for one or even two single women. Nor was it so surprising she chose to have a flatmate. Many perfectly respectable unmarried women these days preferred to live with female companions rather than be completely alone. True, that Harriet’s live-in companion, Mary Grey, was a district nurse was rather unusual, but there was little harm in it. And it really was quite a nice little flat, located in a most modern building in a fashionable neighborhood with on-site service. The flat had a tidy little kitchenette and main living area. The plumbing and heating were quite modern and state of the art. Harriet had an excellent time furnishing the place in the Art Deco style, with sleek lines, metallic finishes, and walls hung with photographs and modern art. Some of the experimental abstract pieces Harriet gushed about looked to Mary’s eyes like things a child could have drawn, but it was Harriet’s money. She did at least like one piece: an extraordinarily colorful and vibrant tableau featuring flowers, monkeys, and birds done by some Mexican artist named Frida.

Ahab, the ginger cat Mary had inherited from a deceased patient, settled into his new surroundings quickly and would spend hours sunning himself on the window ledge. The building had a regular charwoman on staff to handle the cleaning. This had at first bothered Mary; unlike Harriet she wasn’t used to being waited on, but as Harriet pointed out, if they didn’t let the woman clean the place, she would be out of a job. And she had both a crippled husband and two children to support. Mary conceded the point. Besides, over time she came to admit it was nice to be able to come home to a neat and tidy space without exerting oneself.

Harriet had purchased a bar trolley which they kept faithfully stocked with her favorite brand of sherry. They had a little icebox, and Mary could whip up the occasional meal. (Harriet was hopeless as a cook and had once started a fire attempting to make toast.) Other times they’d go out to one of the many little cafés in the area where they were becoming steadily known to the point where they could address a number of servers by name.

Occasionally, Mary and Harriet would quarrel over money; the latter did not see why the former insisted on paying her share of the groceries and rent.

“Oh yes, it is,” Mary insisted. “If nothing else to help maintain appearances.” Nor, much to Harriet’s frustration, would Mary allow her to buy her expensive things. But otherwise, theirs was a life of domestic tranquility. For the sake of appearances, they had picked a place with two bedrooms, but in practice only one was ever used. In the early stages of their relationship, there had been considerable confusion, excitement, and laughter in determining how to make their bodies fit together well. Fortunately, Mary had many years’ experience in such matters and had been more than happy to put her knowledge at Harriet’s disposal. The latter had proven a most adept pupil, and together they had achieved new heights of sapphic pleasures. To Mary, it seemed for a time the two of them had created their own little Garden of Eden.

Then came the summons from Mrs. Diana Allenby.

It arrived in a thick blue envelope. A formal engraved document in beautiful calligraphic script addressed to Miss Harriet West. Requesting the pleasure of Harriet’s company at a country house party at Bayard Lodge, held by Mrs. Diana Allenby on the final weekend in August. She was asked to RSVP at once.

‘Well, surely you can just tell them you can’t attend,” Mary reasoned when Harriet handed her the invitation. “You’ve done it before!” For although Harriet had the perfect excuse for not going out, people still invited her. The people in question were to Harriet’s mind a load of vultures who just wanted an excuse to revel in last winter’s scandal. She’d taken grim satisfaction in turning them all down. This, however, was a different thing entirely.

“You don’t understand,” Harriet told her. “Read this.” She passed over a handwritten letter that had been included with the invitation, and Mary dutifully read aloud.

At that, Mary looked up. “Wait, is she really your godmother?”

“She is,” Harriet confirmed.

“And I haven’t heard of her?” Mary wondered.

“Well, she stays at her own place most of the time,” Harriet explained, “and I haven’t been down there for ages. But I’ve known her all my life. She and Mother were very close. Indeed, for many years I called her Auntie Di.”

At this Mary involuntarily bit her lip. Given the familial relationship, it would be far harder for Harriet to bung off Mrs. Allenby the way she did others.

I’ve heard you’ve quite dropped out of society these past nine months. Now after all you’ve been through, my poor child, I certainly don’t blame you for wanting your space. But I do worry about you. It’s been so long since I’ve seen you last! As you know, your late mother was like a sister to me, and I have always considered you family as well. And I worry about you, my child. I truly do. It cannot be healthy for you to hide yourself away from the world like some cloistered nun of old.

This, thought Mary, was stretching things a bit. Living in a very nice city flat with a roommate and a cat was hardly a hermitage. Nor did Harriet’s situation with Mary truly resemble that of anything allowed in a convent. At least not any convent Mary had ever heard of! Though, really, who knew what went on behind closed doors? And as Mary knew full well, there was more than one reason for a woman to voluntarily swear off the company of men. It would be an interesting area for ecumenical investigation. She didn’t get the chance to share these musings with Harriet, though, as the latter continued to read aloud.

Which is why, my dear, it would mean so much to me for you to attend this outing. I’ve deliberately kept it to a smaller gathering, and you already know the Florrys.

“Who are the Florrys?” Mary wondered aloud.

“Raymond and Rachel Florry,” Harriet responded. “Raymond works in London at some big banking firm. I’ve seen him at other gatherings, but the one I’m really familiar with is his wife, Rachel. She and I were schoolmates together, along with her cousin Lily.” She paused momentarily as if uncomfortable. “Actually, Lily was with Raymond first. They were even engaged. But then Raymond broke things off at the last minute. Practically left her at the altar. And not long after he started being seen publicly with Rachel. Which of course led to people wondering if something hadn’t happened between him and Rachel while he was still with Lily.”

“Oh my,” Mary commented. “So, Rachel stole her cousin’s fiancé?”

“Apparently. It was quite the scandal at the time. They say Lily had a complete breakdown and hasn’t spoken to either one of them since. Anyway, Rachel and Raymond just got married this past March. I haven’t seen her in ages either.” Harriet looked sad at the thought as Mary read on.

And some other young people as well. The fresh air will do you good and the new cook is superb! And you know there’s not a more beautiful place in England to come visit in autumn than here! 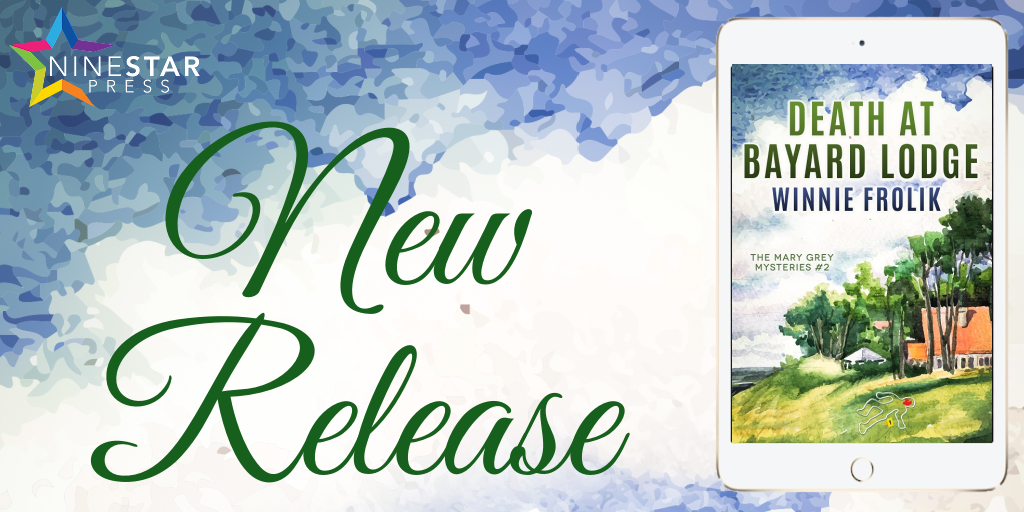 Born and raised in Pittsburgh, the Carnegie Library in Oakland was always my second home. I was diagnosed as being a high functioning autistic in college. I hold a useless double major in English literature and creative writing. I’ve worked at nonprofit agencies, in food service, and most recently as a dog-walker/petsitter but the siren song of writing keeps pulling me back into its dark grip. I have co-authored a book on women in the US Senate with Billy Herzig, self-published The Dog-Walking Diaries, and in 2020 my first novel Sarah Crow was published by One Idea Press. I live in my hometown Pittsburgh with my better half, Smoky the Cat. Find Winnie on Facebook.